Franklin Athletic Club is considered one of the premier tennis and fitness clubs in the country. Our thirteen air-conditioned indoor courts are available year-round. We offer programs for the beginning player through the advanced national level player. Franklin has received international recognition not only for its facility, but also for our world-renowned teaching staff.

Franklin Athletic Club is considered one of the premier tennis and fitness clubs in the country. Our thirteen air-conditioned indoor courts are available year-round. We offer programs for the beginning player through the advanced national level player. Franklin has received international recognition not only for its facility, but also for our world renowned teaching staff.

All courts may be reserved in person or by telephone, up to 7 days in advance. Please specify the type of court (tennis, racquetball, or squash) and the time (AM or PM) when making the reservation. First and last names of all participants are required when making a reservation, as well as the type of membership. Tennis courts are reserved on the hour and waiting lists for all court times are available. Only members can reserve tennis courts and must be present and on court during the reservation.

All Members must check in and pay for court fees before court time. Failure to do so may result in court reassignment or removal from the court. If players are not present on a reserved court 15 minutes after the reserved time, the court will be put up for sale and considered open.

Members must meet one of the following qualifications to have walk-on privileges:

Senior Rates: (Must be 65 years or older)

*All court rates are per hour and in addition to court rental fee. Prices subject to change.

Franklin Athletic Club is considered one of the premier tennis and fitness clubs in the country. Franklin has received international recognition not only for its facility, but also for our world renowned teaching staff. 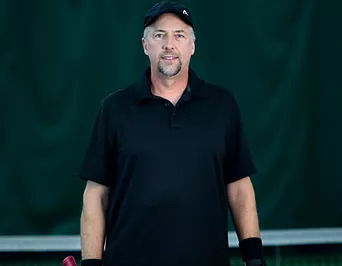 Randy has been a teaching professional in the Detroit area for the last 35 years, and has been at Franklin for 27 years. Randy has directed programs at Western Golf & Country, Farmington Tennis Club, Birmingham Country Club, and Centaur Racquet Club. Randy graduated from Adrian College where he played #1 singles and doubles. As captain of his intercollegiate team, Randy was voted team MVP, was the recipient of the M.I.A.A. Conference Stowe Award for Sportsmanship, and was elected all conference. Randy’s off-court volunteer work has included serving as President of the Eastern Michigan Professional Tennis Association, Steering Committee for the Cystic Fibrosis Tennis Auction Ball, and volunteer work for various grass roots tennis programs. Randy has worked with many tournament level players both adult and junior. He enjoys working with players of all levels who strive for improvement. 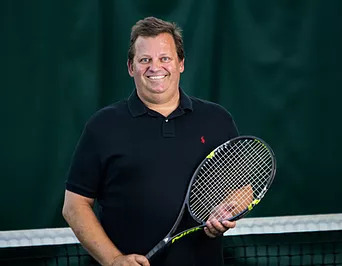 Bruce joined the Junior Tennis staff at Franklin in 2003. Bruce has over 25 years of teaching and tennis management experience. Since 1981, Bruce has been tennis pro, tennis director, and eventually the owner at Grosse Ile Racquet Club. During that time he also spent 5 years as the head pro at the Grosse Ile Golf & Country Club. Many of his students have gone on to play at the collegiate level. At least 5 of them are teaching pros in and around Michigan and Arizona. Bruce enjoys working with all players from beginners to advanced levels. 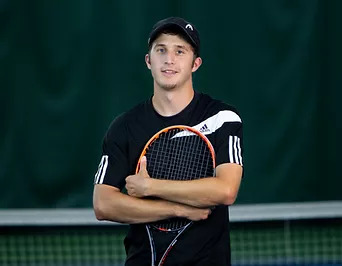 Chris comes to Franklin after playing the top spot in singles and doubles at Adrian College. Before graduating, Chris held the record at Adrian for most wins in a season and was named the team’s MVP. As a coach, Chris has been teaching junior summer camps for 12 years (10 of them at Franklin). Chris loves working with juniors and is one of the only pros on staff that works with every single junior level. Despite being so active with juniors, Chris’ love for adult beginners and advanced beginners runs deep. Chris is very active with his adult teams and even travels with his teams to watch them play against other local clubs. 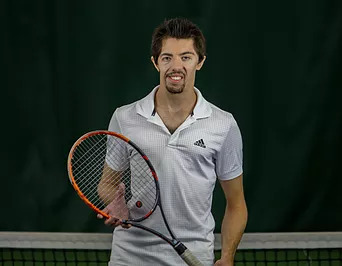 In terms of playing experience, Andre played #1 singles for the University of Michigan-Dearborn Club Team and currently enjoys playing on Franklin’s 4.5 USTA team as a top singles player. Andre also has extensive coaching experience. During the last 5 years, he has: 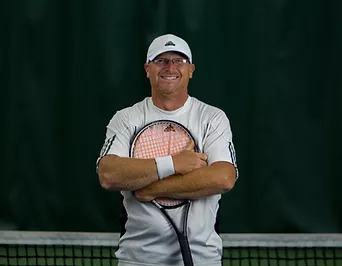 Brian comes to Franklin after coaching high school tennis in the Downriver League. As a certified elementary teacher, he developed curriculum for diverse learning groups. As a certified teaching professional, he does the same. If you don’t think that you or your son or daughter can play, Brian is confident that he can introduce a love of tennis into your life. He specializes in teaching junior and adult beginner level tennis. Brian is an active USTA player and participates in many tournaments throughout Michigan. 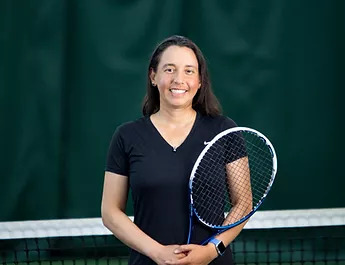 Diana reached career-high WTA Rankings of 231 in Singles and 337 in Doubles, competed in three Grand Slams and twenty-two WTA events, and amassed 245 victories, including five ITF Women’s Circuit Singles titles and one ITF Women’s Circuit Doubles title. As a junior, she began playing USTA National tournaments at the age of 7. By age 12, she had won the Midwest Closed Girls 14 Singles title, the first of her nine Midwest Closed titles, which included three singles and six doubles championships. She was ranked #1 in the Midwest Girls 12, 16, and 18 age groups. Nationally, she exceled by attaining Top Ten USTA National Rankings in the Girls 16 and 18. Her four USTA Girls 18 National Championship titles along with two finalist appearances helped springboard her to a full-time professional career at the age of 18. 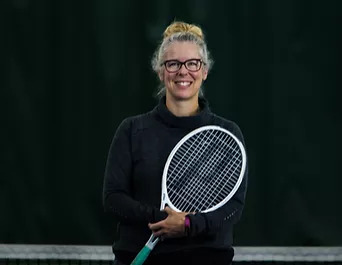 Franklin is proud to have one of the most easily recognized names in the tennis world on our staff. Amy started playing tennis at Franklin Athletic Club when she was just 3 years old. She made her debut on the Pro Tour in 1987 and continued to play on the tour through the 2006 U.S. Open. Her resume includes 18 Wimbledons and 18 Australian Opens, 20 US Opens, and 15 French Opens for a record setting 71 Grand Slam appearances. Amy has 8 professional career titles and was a 7 time finalist. In 1995, Amy reached her highest ranking on 13th in the world. Amy has over 30 wins against top 10 players and has spent 18 consecutive years in the top 100 – the longest span by any female tennis player ever. 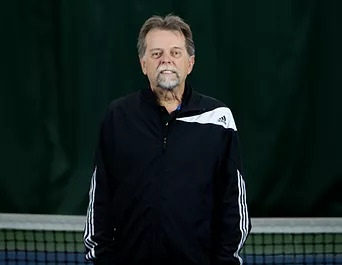 Clay is a USPTA Professional I. He has been teaching in the Detroit area for over 20 years. Clay coaches the Walled Lake Central Boys and Girls tennis teams. During the summer, he is the Head Tennis Professional at Beechview Swim & Tennis. 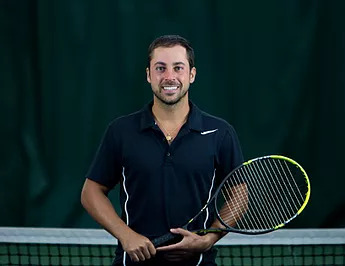 Jason began his teaching career at sixteen years old, working as the assistant tennis professional at Franklin Hills Country Club and part time at Franklin Athletic Club. Over his twelve years of teaching, he has taken on more contributing roles at both clubs. His father, Phil Norville, has established himself as one of the premier teaching professionals in the Midwest, representing Franklin Athletic Club and Franklin Hills Country Club for more than 40 years. Being trained by such an accomplished mentor has helped Jason become the tennis professional he is today. He makes tennis fun while working hard to ensure his students maximize their potential. Jason grew up playing competitive hockey, and transitioned to tennis in high school. He went on to play varsity tennis at Michigan State University, where he played both singles and doubles throughout his career and was captain of the team his senior season. During the summer, Jason works at Franklin Hills Country Club, running both junior and adult clinics and teaching players of all ages and levels. His technical and tactical skills combined with his experience and enthusiasm make him a versatile professional capable of teaching all players, with students under his guidance succeeding at both the high school and college level. 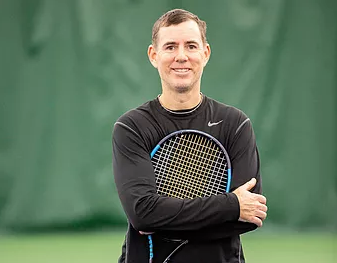 Steve comes to Franklin with a long list of accomplishments in the field of tennis. His reputation in the industry is that he can make a tennis champion out of you even if you think you have two left feet. Steve was a world ranked player and the #1 player at Northwestern University. He achieved his highest NCAA singles ranking and doubles ranking of #1 while attending college. He was a quarterfinalist in the US Pro Championship in Boston in 1995 and qualified for the Canadian and Volvo Opens. Steve defeated eight NCAA champions through much hard work and his determination to win. 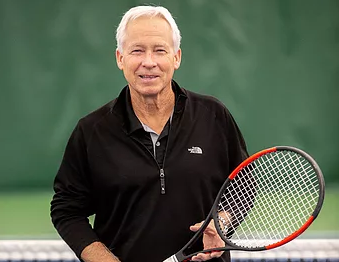 Phil has been a teaching professional in the Detroit area for the past 34 years. He has been a staff member at Franklin for the past 28 years. Along with being one of the busiest teaching pros in the area, Phil has also been one of the best playing professionals. Over his playing career, he has been ranked #1 in the Western Tennis Association and has won numerous Michigan Open titles in singles, doubles, and mixed doubles. Phil finished the 2005 season ranked 3rd and 9th in the nation with sons Bryan and Jason. During the summer months, Phil is the Head Professional at the Franklin Hills Country Club. 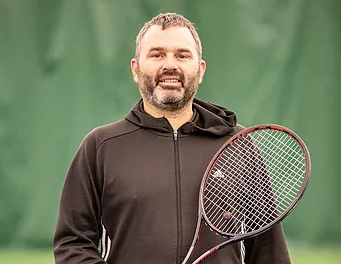 David has been teaching in the Detroit area since 1994. He also taught at Lochmoor Country Club and Square Lake Athletic Club. He was also the Director of Tennis at Woodside Athletic Club from 2000-2005. David is now the Head Tennis Professional at Tam O’Shanter Country Club during the summer. He played collegiate tennis at Western Michigan University where he played #1 singles. 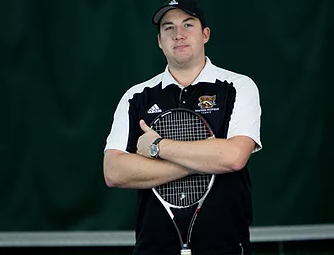 Born in Livonia, Michigan. Stephen grew up playing at Franklin Athletic Club. He was an All-State Tennis player in high school attending Livonia Franklin. He played college tennis at Western Michigan University from 2012-2016. At WMU, he was a part of one regular season MAC Conference Championship, and two MAC Tournament Championships. Stephen started his Collegiate coaching career in 2017 serving as the Men’s Assistant coach at WMU for one year. Starting Fall 2018, he is serving as the Men’s Graduate Assistant Coach at the University of Detroit Mercy. 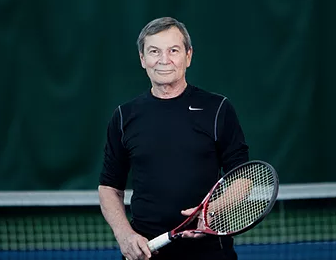 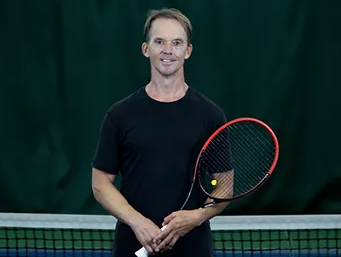