Fitness for every age and fitness level

Franklin Athletic Club is the place to be if you are looking for a fitness community where everyone is welcomed and supported in their pursuit of living a healthy well-balanced life while having fun. Regardless of your fitness ability, our trainers and instructors are here to help you meet your fitness goals. We are an inclusive club that is committed to the success of our members by providing a state of the art experience for all ages and all fitness levels.

Please contact Lisa Soverinsky for any fitness services, questions, or concerns at [email protected] or at 248-352-8000 ext. 273

A quick glance at our Fitness Classes:

Some classes listed below may have an additional fee on top of membership fees. For more questions, please contact [email protected]

Take a ride indoors as an instructor guides you through a mixture of intervals, drills, and hills with a variety of speed and tensions. The focus is on proper cycle technique, body alignment, and cardio drills. Technology is also utilized to project metrics of your ride (RPM, speed, heart rate, etc.). Each ride may take you on a different path and the focus, just be prepared to sweat!

Join us for a high-energy, muscle sculpting cardio-kickboxing experience suitable for ALL FITNESS LEVELS! Kickboxing combines traditional punching with a hanging heavy bag and kickboxing choreography with portions of body weight resistance training. Kickboxing burns calories and improves balance and agility. Hone your skills and intensify your boxing workout with Franklin Athletic Club.

This class is all about muscle conditioning, core strength and balance. No high impact movements, just strengthen your overall body definition. Using a variety of equipment, working on stability and increased strength!

Improve strength and stamina with this weight training class mixed with easy-to-follow cardio intervals. A total body workout for all levels using a variety of equipment.

Come Experience a class like no other at Franklin. Be surprised from week to week with a variety of different cardio moves (boxing, basic step, hi-low, boot camp) and strength (balls, weights, body bars). All levels welcome. A 45-minute challenging mix of intense, dynamic core-stabilizing exercises and cardiovascular endurance to get the blood flowing and heart rate elevated.

A 30-minute challenging mix of intense, dynamic core-stabilizing exercises and cardiovascular endurance to get the blood flowing and heart rate elevated.

Unique training session with one of our top personal trainers…BOOT CAMP STYLE! Get back to the heart of fitness with drills and skills in an athletic circuit format.

This class is designed to give you the most bang for your workout buck. Combination of high-intensity cardio (on the treadmill) alternating with strength & HIIT style training on the floor. Full-body workouts that are designed to complement each other to offer a comprehensive time-effective workout.

TRX Strength & Core: Build muscle and support a healthy body with this essential TRX strength workout. TRX Cardio Circuit: Get your blood pumping with this TRX circuit class that will utilize other equipment along with the suspension trainers to obtain maximum anaerobic results. There will be sweat.

Lengthen & strengthen all the muscles of the body with emphasis on the ‘core’. This class may or may not use small equipment such as foam roller, power rings, balls, etc.

A mixture of Pilates Mat and Barre exercises. Utilizes the ballet bar to focus on centering and core. A great lower body workout with easy to follow, fun movement for all.

A continuous flow of movement & breath using the transitional Vinyasa flow to connect postures and create warmth allowing you to open into greater flexibility and strength.

A cardio workout that gets your body moving in large range of motion, easy to follow choreography in a supportive water environment that will challenge your cardio endurance. Suitable for YOUNG AT HEART participants.

This class is conducted by Dr. Khandwala who is a Urogynecology surgeon. His main focus is based upon scientific research, is incorporating yoga for medical conditions such as back pain, diabetes, hypertension etc. This class incorporates asanas, pranayama, and deep relaxation.

A  gentle slow, still style of yoga that involves long, passive holds in a series of 4-6 restful poses.  You will be encouraged to achieve a deepen state of total relaxation and release.

Franklin Athletic Club has one of the finest staff of personal trainers in the Metro Detroit area. All of our personal trainers are certified professionals who have the knowledge and expertise to ensure a safe and effective workout experience. They will assist in the design and implementation of a program to meet your specific objectives.

Our Personal Trainers Are:

To get more information about personal training and packages please contact Lisa Soverinsky, Fitness Coordinator at 248-352-8000 ext 273, or by email at [email protected] 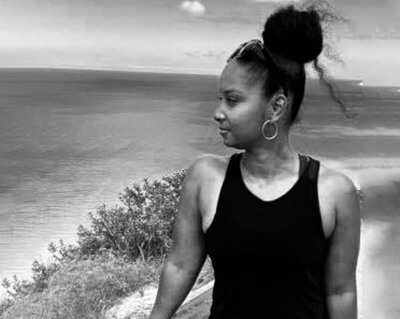 Stephanie Lamb is Certified personal trainer through The International Sports Sciences Association (ISSA). Her passion is fitness and she loves to work with all types of people. Her goal is to make her clients feel confident and succeed in their fitness journey. Stephanie has a outgoing personality and wants her clients to work hard, love their body & having fun while doing it. She graduated from University of Toledo in 2006 with a degree in health & human services and a minor in Physical Education. Stephanie is also a group fitness instructor though Aerobics and Fitness Association of America (AFAA) with 6 years of experience teaching classes like Cardio Barre, Zumba, Cardio Kickboxing and Cardio Dance. She is also classically trained in modern, hip-hop & jazz with over 10 years of experience. 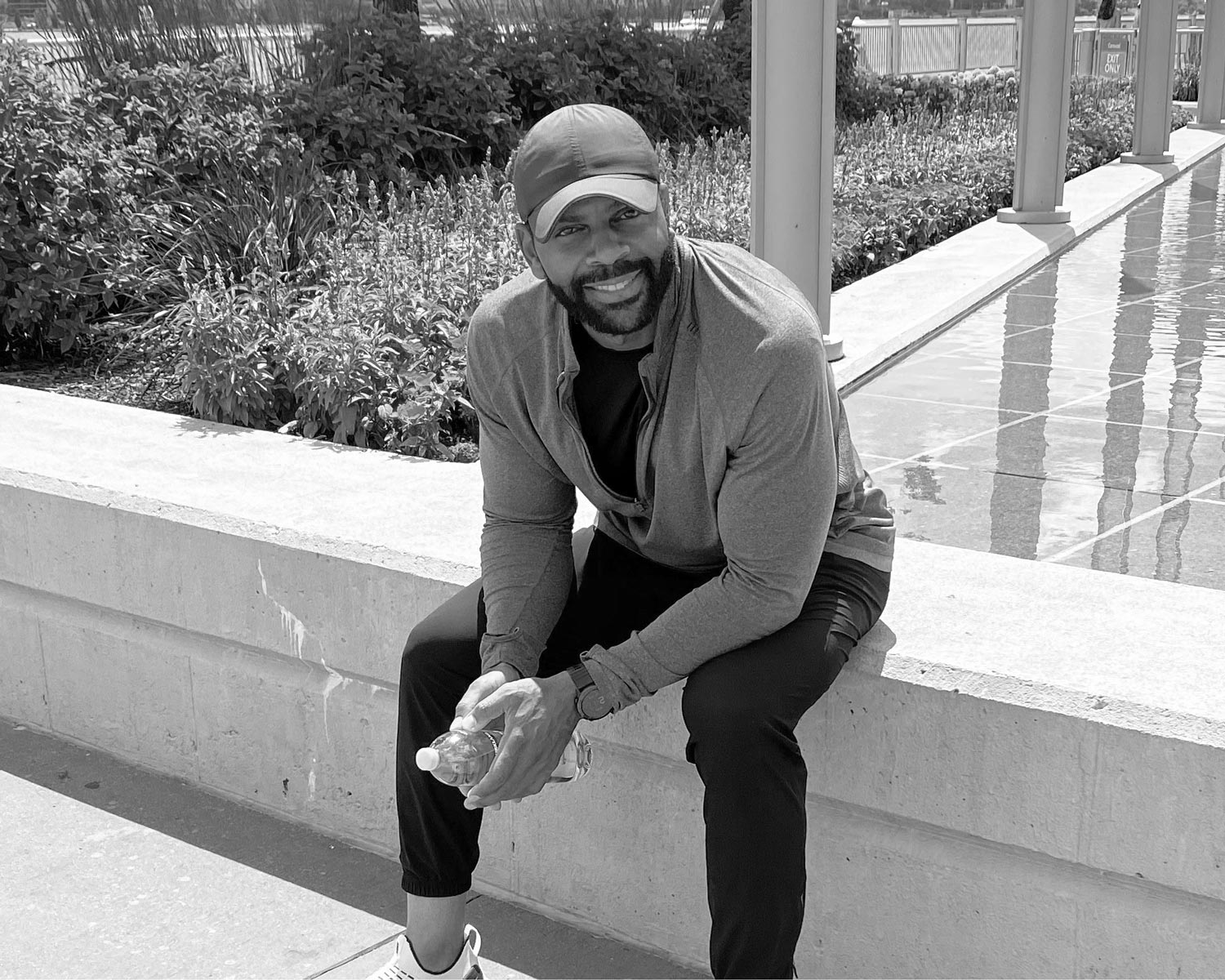 Reggie is one of Franklin Athletic Club’s premiere fitness trainers, with over fifteen years of fitness and nutrition experience. His expertise are in the areas of weight management, body sculpting, gaining flexibility and core strengthening. As one of Reggie’s client he will work diligently with you to develop a personalized program, which may include boxing and personal training, group exercise and nutrition consulting. Reggie is known for his “Reggie’s Boot Camp” Class that emphasizes: calorie burning and body toning, an overall excellent cardio workout. 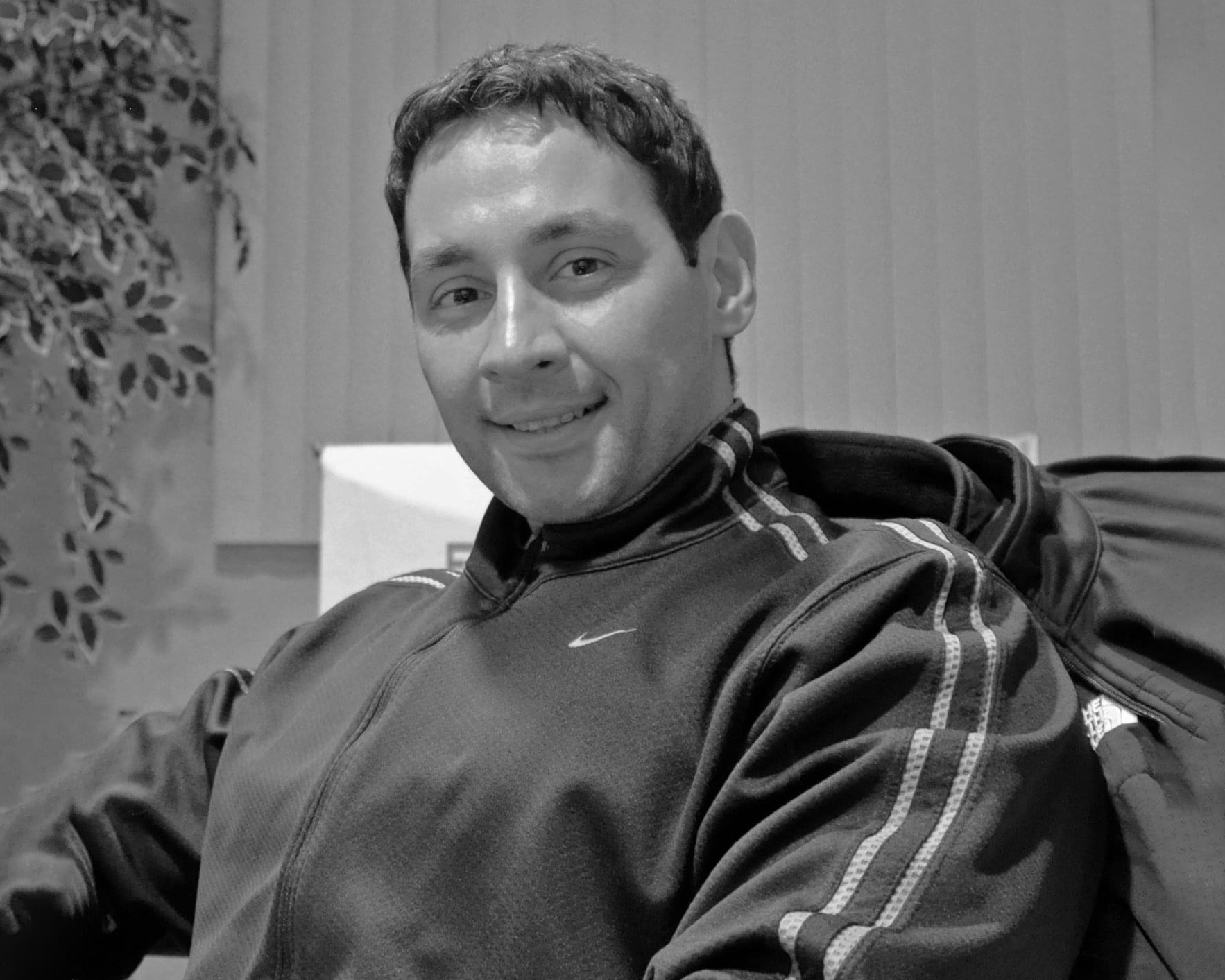 Kris Petrov has been personal training at Franklin Athletic Club for over fifteen years now. He has background in Exercise Science, and is certified as a personal trainer through AFAA (Aerobic and Fitness Association of America). Kris works with people of all ages who are interested in physically improving their lives. He specializes in weight management, strength training, flexibility, injury prevention, and overall fitness. He has experience working with people who are returning to their physically active lifestyles after undergoing injury-repairing surgeries. That includes hip and knee replacements, shoulder and knee ligament repairs, and other various bodily injuries. 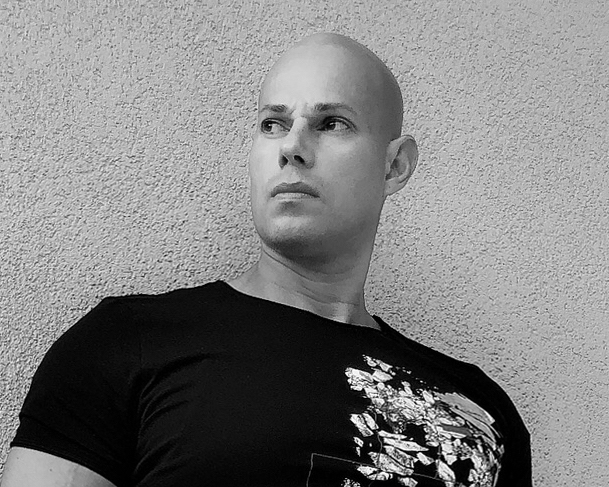 Marggio’s 25 years of 100% natural, efficient and effective personal training will get you your money’s worth! Marggio is always assessing your technique and form to make sure you achieve your fitness goals at any age, children through seniors. His past clients include athletes such as tennis players, golfers, boxers, basketball players and dancers. Marggio also specializes in clients with minor to severe injuries and illnesses such as auto accident, post-surgical, rehab, and diabetes. Marggio is proud to be the strength and conditioning coach for the “Train Like a Pro” Kids Tennis program. His intense training though the Canadian College of Massage and WITS Personal Training program gives Marggio “the edge” in identifying your areas of improvement and most appropriate muscle groups to focus on during your training. Marggio’s clients will receive the benefits of a comprehensive and fun health and fitness program to slim down and shape up. Whether you want to look fabulous on your “special day” (wedding, anniversary, vacation, etc…) or preparing for a sport tournament, you’ll feel confident working with Marggio towards that goal. 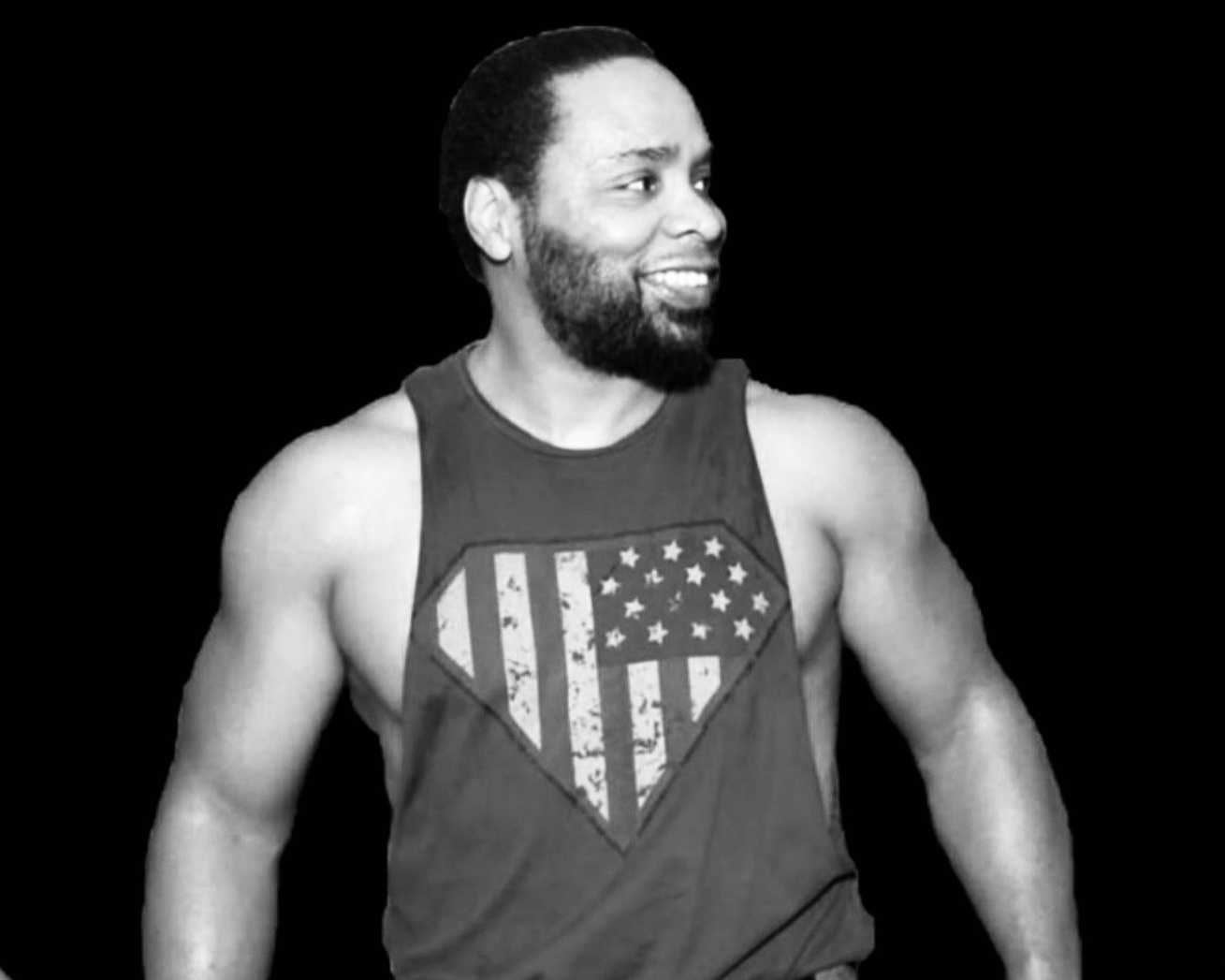 George Jones was born in Detroit, Michigan. He arrived in Germany in 1989 as a soldier for the U.S. Army. George was the Drill instructor and leading fitness instructor for the Army and since then has made a name for himself both on the music scene and in the fitness industry. George was a sparring partner to the German Heavyweight Boxing Champ Kim Webber, and Middleweight contender Jerry Elliott. George was founder, choreographer, lead singer, and songwriter of the popular group, Mr. President, earning a gold record for their hit “Up’n Away.” He first publicly combined his love of music and exercise as a fitness trainer for The Big Diet/”The Biggest Loser”, a daily television show produced in Endemol, Germany where overweight contestants competed to lose pounds and get into shape. He starred in popular German fitness show “Come On Baby” and wrote a column in Glamour Magazine (Germany) for two years. George currently splits his time between Detroit, Michigan and Cologne, Germany where he continues to write, produce, and perform music as well as promote his fitness methods as a popular guest on talk, news, and entertainment shows.
Close 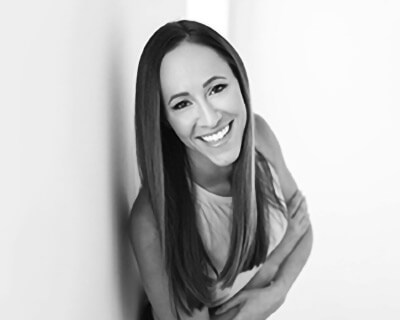 Renee is a Certified Personal Trainer through American Council on Exercise. She graduated from Michigan State University in 2004, and became certified shortly after. Renee enjoys working with women and men of all ages, and varying levels of fitness ability. She works with clients that have different needs including weight management, increasing strength and flexibility, and disease prevention. Renee develops exercise programs that efficiently help her clients reach their fitness goals, stay motivated, and take the next step towards becoming healthier and feeling better for the rest of their lives. A healthy lifestyle is the best preventative medicine. 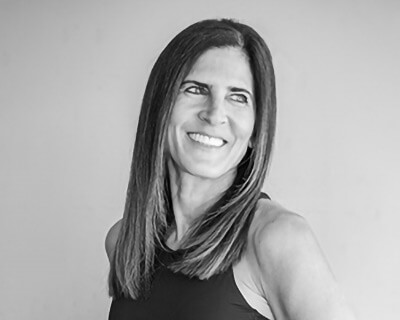 Lisa is a Personal Trainer and Group Fitness instructor with over 17 years of experience and knowledge in the field of fitness and wellness. She has been teaching and training since 2004. She has a Master’s Degree in Science and Administration from Central Michigan University and a Bachelor’s Degree from Bowling Green State University. Lisa believes in a cross functional approach to fitness that includes running, swimming, cardio, weights and a clean diet in order to keep your body guessing and burn calories. With certifications in Group Fitness including HIIT training, Bosu Balance, Youth Fitness, Senior Fitness, TRX (Total Resistance Exercise), Total Body Strength as well as Floor, Core and more, you can feel confident that you are getting everything you need from Lisa to meet your fitness goals!
Close 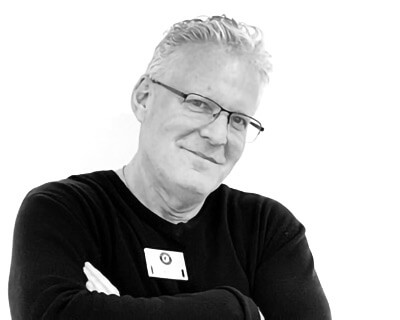 Jeff is passionate, enthusiastic and a motivational health and wellness profession with over 20 years of experience. He takes pride in focused attention on getting results on multiple levels of physical and mental well-being, whether it is sports specific, physical rehab, weight management, or just returning to your former glory in the gym. Jeff has the methods to obtain your specific goals and fitness objectives.
You will get what you need want and desire from someone who absolutely loves what he does and get the results that you come to expect from a Premiere Fitness Professional at Franklin Athletic Club. Let’s get started! 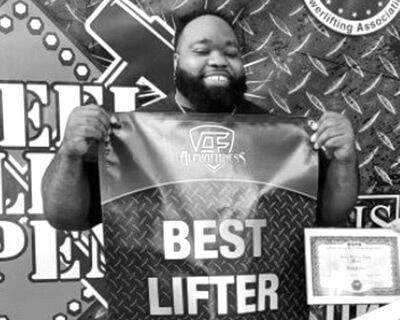 Rudy is an energetic Fitness Instructor and Personal Trainer with a strong background of over ten years in sports agility, strength training, power lifting and weight loss management; all paired with a specialization in active isolated stretching. Rudy is soon to be licensed in Massage Therapy to compliment his elite level training skills. Rudy will inspire and motivate you to reach measurable strength, fitness and weight loss goals, all while adopting and maintaining a healthy lifestyle. His enthusiasm and positive attitude will keep you coming back for more every session.
Close 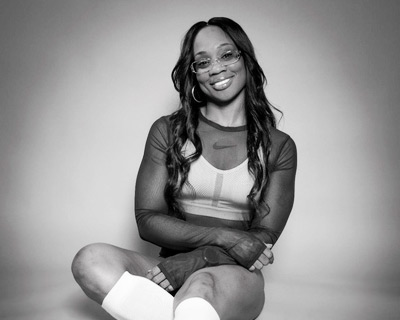 Meet Coach Tammy! She is a certified personal trainer, fitness instructor, and competitive body builder! Before becoming a trainer, Tammy was a state certified lab tech! After 12 years in the medical field, she decided she really wanted to help people take better care of themselves! She took a leap of faith and went to Body Design University in Atlanta, GA becoming a Certified Trainer in 2018! As a trainer, she thoroughly enjoy changing lives for the better! Life is very rewarding making others happy and watching my clients fall in love with themselves!
Close